Reflections on the Shadow

This time of year reminds me of the Owl and Raven, sometimes called “The eagles of the darkness” for their ability to see and hunt in the darkness.  In our Current class, “The Teachings of the West” I use many resource books.  One of these in entitled “Shadow Dance”.  In that book they speak of the “positive” shadow, where we can “lose face”, or not have to use the ego to explain and justify.  The author goes on to say, “A healthy person can tolerate intimidation without having to appease the intimidator.  He or she can tolerate

rejection without having to get back at someone for a personal affront.  Fearlessness is simply “no contest” in the face of these conditions of existence and relating; it is defenselessness.   Fearfulness is an inability to be that vulnerable; it is defendedness.  This is why fear is the opposite of love.  People may hurt or scare us, but that no longer compels us to punish or placate them.  Our ruffled ego no longer suborns us with fear of losing face or the desire to win.  Love impels us instead to the warmhearted alternative it always finds”. The fall is the “going within”, the time for introspection and inventory.  This is time to look objectively at our strengths and weaknesses, assets and liabilities. The other animal associated with the west is the Heart-Line Bear.  When we begin the powerful work of soul retrieval, we must not only face the abuse we carry from our abusers, but also feel the pain that made the little one inside go away.  The feelings reside in the heart, and the bear is the protector of this child’s spirit.  In order to get our whole heart back, we must prove to Grandmother Bear that we can love and nurture ourselves.

When an elder told me preparation is 90 percent of Ceremony, I took it to Heart.  The gifts of the North Direction, moving into the darkest night – through the yin, emerging anew into the yang – the annual battle of the holly king and and the oak king. END_OF_DOCUMENT_TOKEN_TO_BE_REPLACED

The Medicine of the Drum

When you select your drum or drum kit, you may choose from Elk, Deer or Horse.  We also have Buffalo and Moose available occasionally (at a slightly higher price).

END_OF_DOCUMENT_TOKEN_TO_BE_REPLACED

It is my great joy to create drums with prayer, respect, and the knowledge I have learned through years on the Red Road and from twelve-step recovery from drugs and alcohol – Next year I celebrate my thirty-fifth-year free from alcohol.

END_OF_DOCUMENT_TOKEN_TO_BE_REPLACED

We keep throwing money at the problem rather than finding a solution. In counseling school and during my years directing Capital Campaigns, I have learned the first step is to identify the problem. I would argue that part of the problem is our collective “no” isn’t believable. I have just looked at my checkbook to see what I am investing in. Where my treasures are is also my heart. Less and less of my purchases are “impulsive” and more and more are aligned with my deep core values.

END_OF_DOCUMENT_TOKEN_TO_BE_REPLACED

We are moving into the shortest day of the year, the “dark night of the soul” with the Solstice next week.  For years, the winter lodges at bear creek have been the most difficult, as we are on the Pacific Crest trail and get lots of rain and snow. END_OF_DOCUMENT_TOKEN_TO_BE_REPLACED

One of my many past relationships was a hauntingly beautiful woman who studied with a Cherokee Medicine woman.  She was/is herself a sound healer.  Along with blessing my store, this Grandmother did classes in my home on working with crystals and stones and led students through the four ceremonies of each season and direction and the four elements of air, fire, earth, and water.  The forgiveness ceremonies of the eastern tribes including Cherokee Peoples as I have read and learned from this Grandmother, were done in the fall – the ripening time prior to the harvest. 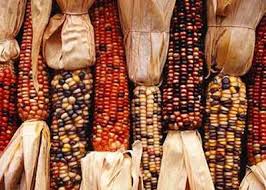 Our Summer Solstice Celtic sweat lodge Ceremony will be held on June 20th, and this lodge will be different than those in the past, in that those who intend to sweat are being asked to show up Thursday or Friday in order to prepare for the Ceremony. I hope to get out on Wednesday or Thursday morning so that I have time to prepare myself. We also ask that those doing the lodge bring camper, tent and sleeping bag as bear creek gets cool at night. Bring enough food for yourself and some to share, but leave nothing behind. If you plan on attending, you must let me know, as it looks like our lodge is nearly full. Women, bring a sweat dress, a towel, food and water and warm clothing. We have a large shop.

END_OF_DOCUMENT_TOKEN_TO_BE_REPLACED

Patrick’s Blog.
The west direction and the slow descent into darkness is the time to both forgive ourselves and learn from silence and solitude. Attaining mastery over anything requires this “hero’s journey” – the descent into our darkness. From my surrender to alcoholic insanity and learning to lend a hand, AA taught me to discern the difference between lending a hand and giving a handout. By loving and forgiving ourselves first, we learn the noble truth of it is in the giving that we receive.

END_OF_DOCUMENT_TOKEN_TO_BE_REPLACED

They can be a great help—–words.  They can become the spirit’s hands…and lift….and caress.“The Spirits Hands” – Meister Eckhardt

What a wonderful weekend we had in the beauty and mystery of bear creek and nature.  Words, silence, space and drumming.  On Saturday, as we were sitting in circle by our medicine wheel

, and a doe and her faun came to visit us.  Spirit was there, and magic was afoot.  Bear Creek contains the mysteries, which exists in the present moment.  The Mysteries is where truth meets beauty and heals the people and culture.  Mysteries can put us in a hypnotic trance or altered state.  The term mesmerized came form the research of Franz Mesmer who began this work in the 1700’s and was most popular in Europe, Germany and America.  Benjamin Franklin was involved in a scientific study to prove the presence and healing power of “animal magnetism”. (including the indigenous people’s belief that animals have powers and can heal us.) I have been mesmerized many times in nature.  The verb mesmerize is to hold the attention of (someone) to the exclusion

of all else: “she was mesmerized”; “a mesmerizing stare”.  The 28 classes I teach a year is all based on the sacred circle, or wheel that is eternal.  In order to earn the “gifts” of each direction, we must learn about releasing the victim/predator consciousness and move from wannabes and “I need to” toward willingness, which sets in the center of the circle. (your own hoop)

In recovery, acceptance and willingness are the keys to earning the promises much like the medicine wheel, and the gifts of the four directions which have to be earned through will or Volition.

The first step of volition is attention.  In my years of play therapy I practiced the Zen of “ball watching”, often referred to as tennis.  My teacher was an ex professional tennis player and holistic studies master. We would go three to four times a week for hours with the simple agenda to hit the ball to each other.  I hadn’t played like that since childhood, and was resisted to the idea, since my agenda had been to “beat” someone, and then to sabotage myself. I slowly broke my addiction to competition with others and began to come to my senses – in this case my eyes. His mantra was “to see or not to see”. He would often catch the ball and ask me which way the seams were turning? I went from “I don’t know” to actually seeing the ball, and not get caught up in planning results (looking at where I wanted to ball to end up rather than seeing the ball) and noticing I was holding my breath.

and what my breath was doing, teaching me to be totally absorbed in the ball, truly seeing and detached from thought…seeing each moving shot anew.  This would lead me into an incredible state of concentration, where time disappeared, my body started making moves that I had no idea it could make, all following my commitment to see the ball.  I have entered t

I have entered that same state on a day of fly-fishing.  The path to the mysterium is the walk into nature. Angeles Arrien in her book “The Second Half of Life” refers to the gates of wisdom, the passages we are invited to pass through, and one of these is the clay gate, which is about sensuality and sexuality, calling this gate “the gate you will never understand”  The creative fires in me were awakened this amazing weekend.  I am in town for a day, and I head back out to bear creek to feed my soul and spirit.  The four places to tend to the soul’s fire are the deep woods, the mountains, the desert and the seashore. I am learning to tend my souls fire by being in nature. Blessings, Patrick

Learn how to choose the right hide for your drum.

We are grateful for the kind words from our customers, whom we consider friends, as follow below. You may submit yours by following this link.

I was really blessed last night at the drumming circle. I feel transformed into a beautiful spirit when I come to your place… I did not believe that I would ever need to just sit or lay on the floor and let the musical magic and beat touch my soul as it did. I thought … END_OF_DOCUMENT_TOKEN_TO_BE_REPLACED

“Competition, I believe, is the source of the separation of spirituality and business. Competition, fueled by greed, creates dependencies on always having more. But competition has never served our higher nature. It’s time to cooperate, look for similarities, and learn from each other rather than compete with each other and focus on differences.” — Patrick Pinson, Cedar Mountain Drums

PATRICK PINSON, of Mingo heritage and founder of Cedar Mountain Drums, shares his unique perspective on healing spiritual, emotional, and addiction issues with drumming and Play Therapy … He has great wisdom to share, much of which comes from his own personal experience. Tune in to learn some great truths like you’ve never heard them before!